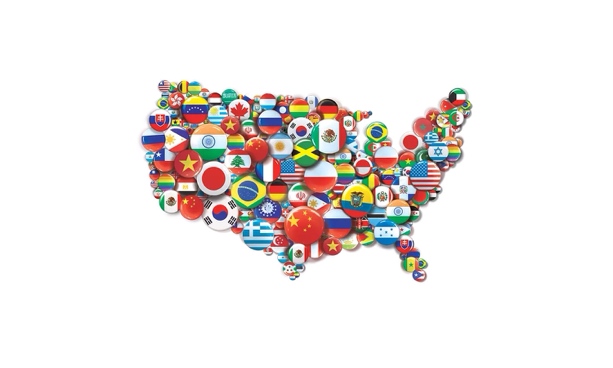 When I made complaints to coaches and administrators at my daughter’s former school system about the stream of racial slurs made to my daughter (“chink”, “slant eyes”, “nigger lover”, and ” Commie”, to name a few), none of my complaints were taken seriously and no investigations initiated as required by Federal law. My wife did receive a call, though, after one of my complaints, from an assistant basketball coach and wife of the athletic director, questioning my sanity and “instructing” my wife that,”There is no racism going on at this school system.” And to make sure my wife received the message, the coach/AD’s wife asked a rhetorical question, “You understand what I am saying don’t you?”

It wasn’t until the Asian American Legal Defense and a Education Fund  (AALDF), an outstanding civil rights group out of New York City, became involved (and their complaints were ignored for weeks until the Kentucky Department of Education (KDE) was contacted and KDE specifically directed the school’s superintendent to conduct an immediate investigation into my and AALDEF’s complaints). Many weeks passed before the school district even made contact with AALDEF, and to this day continues to delay or block any attempt at resolving the issues, though investigations are ongoing with the U.S. Department of Education and Kentucky Commission on Human Rights.

It did not take long after the school board hired an attorney to begin a smear tactic against my daughter and me, which in a small town got back to me fairly quickly-comments such as: I was only trying to line my pockets with the school district’s limited budget because I am an attorney and that’s what attorneys do. I was going to sue all of the parents individually for the slurs “allegedly made by their children”. I wanted to destroy the name of the school district. Blah. Blah Blah. [In truth, I DID NOT FILE THE COMPLAINTS with the Department of Education and Department of Justice. AALDEF filed in their own name on behalf of my daughter after their many attempts to enter into negotiations with the school district were ignored or not taken seriously. Additionally, I was captain of my football team there, still use my number76 in my Twitter handle (terryclarke76) and gmail email address (terryclarke76@gmail.com) and my late father and two of my close cousins are in the high school’s Hall of Fame. In short, I had no interest in destroying the school’s reputation. In fact, as incredible as it appears, those associated with the school have openly questioned my motives that I was concerned with improving the climate of cultural tolerance in the schools within the school district though I am on my city’s Commission on Human Rights, and consciously made the choice not to sue the school for money damages.] 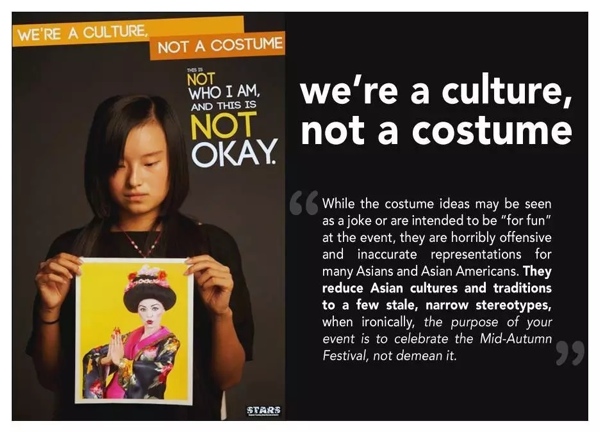 Why is still PC to make racist comments about Asian Americans?

The site linked below is a story a television station (WDRB) in Louisville filmed and posted in an article on its website. The sports reporter, Eric Crawford (who has an outstanding reputation as a national basketball reporter) came with a camera man and interviewed my daughter and me for hours after driving 3 hours to my home in the extreme Northeastern part of Kentucky where it touches Ohio and West Virginia. We only consented to two more interviews, one with an Asian American reporter I have always admired, who was the former host of NPR’s All Things Considered, and Mellisa Issacson of ESPN who wanted to seek my daughter’s opinion on bullying in the locker room of girls sports teams as the Richie Incognito–Jonathan Martin saga was unfolding. We turned down countless other interview requests because neither my daughter nor I wanted to bring attention to ourselves.  A link to Ms. Issacson’s story on ESPNW story is also included below the link to WDRB’s Eric Crawford’s story.

This is the same school system which was placed on probation for openly cheating during the State’s regional Governor’s Cup competition. This is the same system whose supporters claimed that this school district was too “culturely sophisticated” for their students to ever utter a racial slur, not a single one, though my daughter was the only minority on her basketball team and it was her teammates who admitted they hated my daughter. Bear in mind the link at the beginning of this post was from an Asian American living in Kentucky’a second largest city (Lexington) and much more culturely diverse than my daughter’s former essentially all-white school located in the Appalachian area of the State (the hillbilly part). Despite the school district’s representatives claims that all of its schools “embraced diversity”, this school system has the reputation in the area as one of arrogance and intolerance. When the state’s ruling body on academic competitions issued a lifetime ban to the high school’s academic team coach from ever coaching in, or even attending, academic contests, the media asked the school’s principal if the cheater would be fired. The principal’s response, “Heck no. He made ONE mistake and they Pete Rose’d him.” 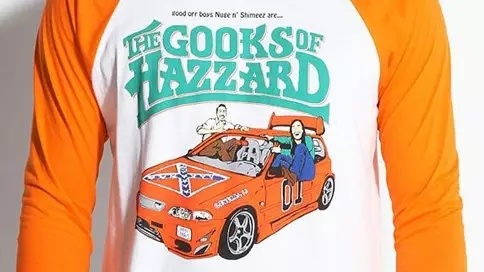 “The Gooks of Hazard”

So . . . Does anyone actually find the Appalacian school district’s position credible that racial slurs against Asian American DO NOT OCCUR at their rural school when those slurs occur daily in the halls of the schools in the State’s urban areas?