UPDATE: PLEASE EXCUSE THE MANY INEXCUSABLE TYPOGRAPHICAL, GRAMMATICAL AND STYLISTIC ERRORS IN THE FIRST POST, PUBLISHED JUST AFTER I FINISHED COMPOSING IT, BLEARY EYED, AND FATIQUED AFTER 2:00 AM.

This is a “quickie” post, one in which a better human would not have troubled himself, or even worse, I pity those unfortunate souls who may happen upon the post inadvertently. After building a fairly large Twitter following (at least by my standards, a bar set much lower than my teenage’s daughters). Next, I began this blog and though I wish my health would cooperate a bit more, I find writing on any subject that I find new or refreshing to be quite good for my soul . . . and I especially enjoy discussing the concepts discussed in my posts with people who may have had a very different take on a subject than me OR even downright dispised the sight of my name for coming to a particular opinion in a post.

The point of this brief (and shamefully self-serving post) is to boast that I bought a new camera and a suite of video-editing software and posted (though I couldn’t for the life of me remember how I was able to do so) my first videos on YouTube. Of course, I had the perfect subject for creating a video– my daughter (the best one on the planet I regret to advise you readers and fellow-bloggers, who, yourself have daughters-no doubt fine, upstanding daughters, just not quite as good as mine, I’m sure you would agree). I apologize for your misfortune in raising a daughter not quite as perfect as mine, but I must have at least something in my life which brings me supreme joy and unconditional love.
In any event, my daughter fits the Asian American “model minority” stereotype in that she excels in academics, but veers far from it in a Linsanity kind of way when it comes to basketball. Though she is just 15, she has heard from or taken unofficial visits (for basketball recruiting purposes) to teams from the Big East, SEC, Pac 10, and as one of the very few Asian American post players we see while playing in tournaments throughout the Midwest and Southeast, she has also heard from several Ivy League women’s basketball programs (a perfect marriage of her athleticism and her model minority approach to academics).
Back to my original point: My successful creation and uploading of  rudimentary video clips on YouTube. Please check out the videos and let me know what you think, unless, of course, you are compelled in any way to critique my daughter. She is obviously easy to spot on the court for reasons that are self apparent. I am including a few pictures of her just above the YouTube links to my videos in which she was cast in the leading role. In order for you to get an idea of  just how tall she is (5′ 11″), I’ll include a picture of her posing with me (the ugly old guy, just shy of 6′ 2″). 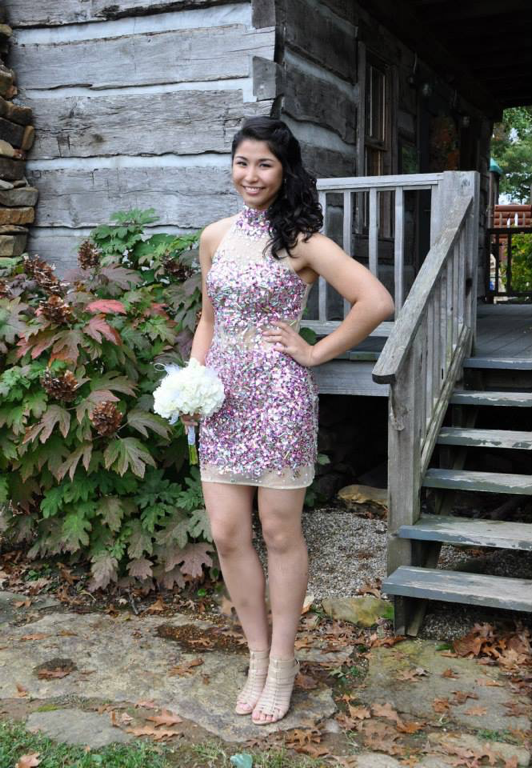 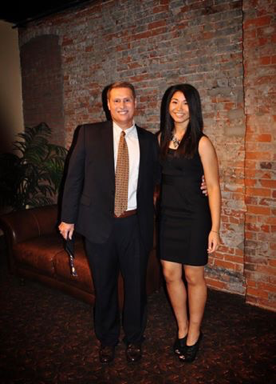 The links to my infamous uploaded videos on YouTube are as pasted below: http://youtu.be/_6jK2Tx0Nzo and http://youtu.be/7Kl6epY5s44 .
Before closing, I must say as an Ethnic Kazakh growing up in rural Kentucky, my daughter is quite an anomaly, speaking three languages: English, Russian (her first language-a combination which profoundly confuses people in our area who can identify the Russian language but cannot reconcile hearing the Russian language coming from an Asian’s mouth) and her final language, “Appalachian Hillbilly,” which betrays her even more than her use of the Russian language.