If you are a Starbucks fan (and I’m not), you may have noticed that the plastic cup (regardless of what oddly named size you ordered) containing your ridiculously expensive coffee had the phrase “#RaceTogether” scribbled on its side in placed of  the standard mangled spelling of your first name. Starbucks claimed its “#RaceTogether” campaign was simply the company’s attempt to start a dialogue on race relations in America and was not based on an attempt to profit from the recent racially charged protests against a series of police killings of black men. In an insert to be included in every edition of a USA Today newspaper (which no doubt cost a small fortune–unless you happen to be a coffee-peddling company that practically prints money), Starbucks designed, in their words, “to stimulate conversation, compassion and positive action regarding race in America.” 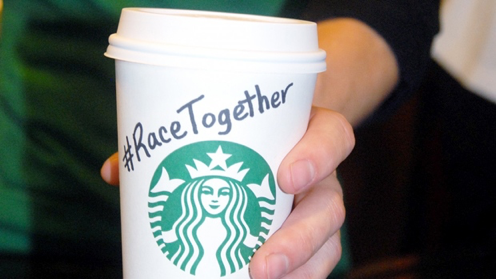 Starbucks claims its “#RaceTogether” campaign was purely a socially responsible attempt to get drinkers of their expensive coffee blends (with difficult-to-pronounce names and a complex and illogically system of cup sizes) to begin a dialogue on racial issues. After a barage of comments on social media sites primarily by people of color who called B.S. on Starbucks’ claims that their “#RaceTogether” campaign was not based on a corporate altruistic motive, but a disingenuous attempt to exploit the recent rash of protests against policemen killing black men as a way to augment Starbucks’ coffers. Apparently, selling cups of copy for ten bucks a pop is not satisfying the Starbucks bean-counters (pun intended). A number of tweets about the issue question the huge numbers of white employees working at Starbucks, reflected in Starbucks’ own promotion efforts–which all show an unmistakably white hand wrapped around Grande, Venti or Trenta sized cups. [How and why Starbucks chose those labels for small, medium and large sizes are questions for another day.]
Alas, the “#RaceTogether” campaign” was short-lived (by my count, only 4 days, but I may be off an hour or two) . . . So, in the end, intentionally or not, Starbucks started a dialogue on race relations in America–their folly, though not their ill-conceived “#RaceTogether” campaign,” serving as the reason behind that dialogue–a sentiment captured in the picture below:

So, dear readers, in the unlikely event you see me in a Starbucks “cafe,” your cup of coffee, regardless of whether it is Grande, Venti or Trenta sized, is on me!

Thanks to everyone who has taken the time to suggest issues for potential articles for the publication. I try diligently to search for current articles on the issues suggested by the readership. Thanks to all who have helped this cross-platform publication to continue to attract and keep new readers! As usual, the link to the current publication is provided below.
The Terry Clarke Daily (March 11, 2015 edition) is out!

The March 3, 2015 edition of The Terry Clarke Daily is out. I appreciate the response so far, and I have incorporated several issues into regular articles at the request of many of the publication's readers. I continue to request additional areas of interest readers would like to see in future editions.

As an environmental attorney, I have seen first-hand the hard-fought battles involving the one thing (other than smartphones themselves-and they even need it) modern humans in developed countries absolutely cannot live without. Of course, I am talking about electricity, that necessity of contemporary life which provides us heat in the winter and cool air in the summer, keeps our perishable foods fresh, provides lights for our homes, offices and city streets, and most importantly keeps us connected to the INTERNET. How would today’s society function without the ability to text a friend while eating family dinner, talk  loudly on one’s cell phone while in line at the grocery store, or post on Facebook, Instagram or Tumbler a selfie or post on Vine, Vemio or youtube a video of a cat performing a marginally amusing trick? The answer to my hypothetical question is simply WE CAN’T.

I have been involved in the most contentious legal actions of my career, pitting coal
companies, mineral rights owners, coal miners and their service industries against
environmentalists and State (state environmental resource agencies) and Federal (U.S. E.PA.,
and the U.S. Fish and Wildlife Service) Agencies. Oftentimes, the side a particular state or federal
agency adopted depended upon which administration was in office in any given year. 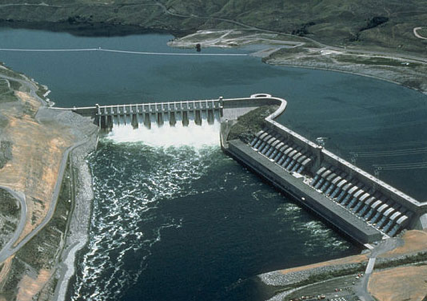 During my career, I was also involved in a number of hydroelectric power generation plant
constructions, which was met with less objection by environmental groups, but opposed by
farmers (whose land would be appropriated), groups or state and federal agencies concerned with potential fish kills or
disturbance of mussel beds or migratory bird habitat, and occasionally archaeological associations and Native
American Tribes concerned with potential disturbance of ancestral grave or habitation sites.

When involved with projects involving the construction and operation of “wind farms” for
the generation of electricity, I was mildly surprised by the degree of objection I encountered–
–this time from state and federal agencies and environmental groups based on potential destruction to migratory water fowl
which would be destroyed in the power-producing blades or the removal of mostly dead or decaying
trees which served as habitat for the federally-listed endangered Indiana bat orthe potential loss of the federally
–listed, endangered plant, Running Buffalo Clover. Additionally, as would be expected, wind-farms
were opposed my NIMBYs (homeowners near a particular site who believe an activity will interfere with the use
and enjoyment of their property or decrease their property’s fair market value.) The acronym represents the
term, “Not In My Back Yard.”
Luckily, perhaps soon, modern society will be provided with an almost endless supply of power which would not be expected to arouse anger within the environmental community or with state and Federal agencies. In fact the production of electricity through this method will be as simple and easy as a parent dropping his or her son(s) and daughter(s) and their friends off at a local mall, or taking them to a professional sporting event or concert of their favorite musical group. Of course, the power to which I refer is . . .

. . . PEDAL POWER!
Entrepreneur Laurence Kemball-Cook had a “brainwave” six years ago which provided him with the idea to produce electricity unlike any system of power production in modern history. Mr. Kemball-Cook has developed and produced a working model of an electricity-production system which relies solely upon people walking across a system of tiles, which stores and collects the energy produced with each strike of a shoe to his specially designed tiles and distributes that energy to the power grid. An article appearing in The Guardian on January 11, 2015 (the link provided below) describes how Mr. Kemball-Cook’s electricit’s-producing tiles work, what stage of development the trials are in and which lucky investors were fortunate enough to invest in this brilliant system in its infancy.
The floor tiles that use foot power to light up cities.

The article linked below is controversial, yet realistic in its characterization that charter schools are founded on a history of racism. I have had experience with public, parochial and charter schools and found this article to be very interesting. I invite comments, which either support or object to the premise contained in the article.

The Racist History of the Charter School Movement | Alternet. 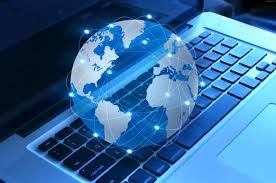 It was just a matter of time in a capitalistic world–How long could a service (connection to the Internet) remain free when so many high dollar investors have been salivating for years for their share of profits from a slice of the Internet pie? Now that nearly every person in the world has become addicted to the Internet to manage their daily lives, it is only fitting that the deep pockets are now swooping in to ensure that every one connected to the Internet pay for their Internet service. Pick an adage: “If it seems to good to be true. It is.” There is no such thing as a free lunch.” And on and on and on . . . .

The publication, The Nation, has issued a warning that global citizens had better act fast if they wish the Internet to remain free–actually very fast, as in 5 days fast, as discussed in the article linked below.

The folks who run blog.startpage.com have also begun an ad campaign advocating everyone interested in keeping the Internet free post the image below. I would be interested in hearing differing views on where people stand regarding Internet “freedom.” If you don’t mind sharing your position publicly, please provide your position in the comments section of this post.