As a former prosecutor (many years ago–upon graduation from law school), I found the actions by the prosecutor in the case (as described in the post in Johnsthan Turley’s excellent blog) extremely discouraging as both an attorney and American citizen. It appears from the facts of the case that there was more than ample evidence to convict the defendants in this case, and, yet, the prosecutor had to resort to clearly unacceptable means (the trumped up PowerPoint presentation with dozens of inflammatory slides essentially proclaiming the Defendant’s guilt in large, red, superimposed words on dozens of slides. The Rule of Law in America should not and cannot call this type of grandstanding (proclaiming a defendant guilty in writing to a jury, the group of the defendant’s peers charged with making a finding of guilt or innocence). 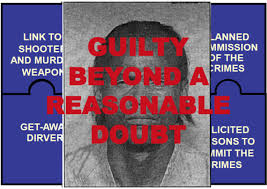 After what was declared to be prosecutorial misconduct, the Washington Supreme Court reversed a jury conviction of Odies Delandus Walker. The defendant was convicted as being an accomplice to first degree murder, first degree assault, first degree robbery, solicitation, and conspiracy after a robbery at a Lakewood Walmart.

In closing arguments during trial, the Pierce County Prosecutor’s Office showed the jury a PowerPoint presentation having over one hundred of a total of approximately two hundred fifty slides having headings such as “DEFENDANT WALKER GUILTY OF PREMEDITATED MURDER,” including one slide having a booking photograph of Walker altered to have “GUILTY BEYOND A REASONABLE DOUBT” superimposed in boldfaced red letters over his photograph. Additional photographs presented included those of Walker and his family juxtaposed with those of the murder victim emblazoned with inflammatory captions.